A romantic elope in Tuscany

A romantic elope in Tuscany

Jodee and Mike are a lovely couple coming from US who wanted to elope in Tuscany. They loved the idea of having their wedding in an area full of history and charm. I sent them few options and they chose Volterra as their destination wedding venue. 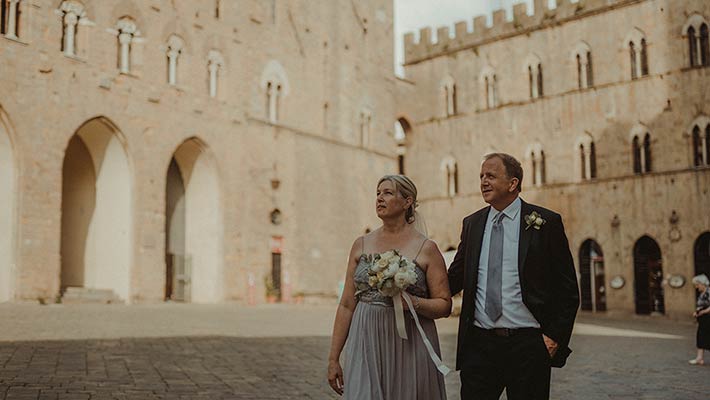 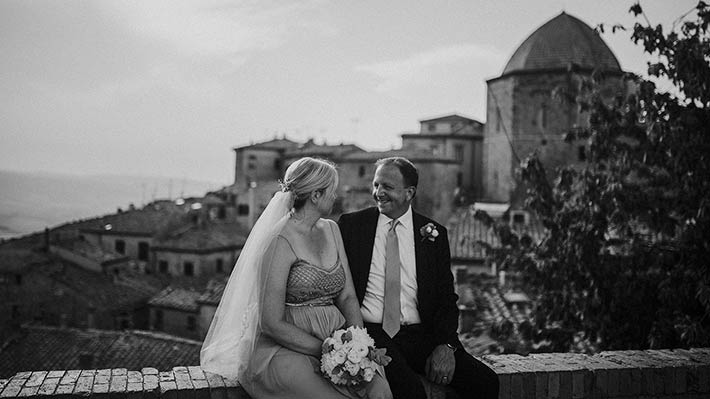 Volterra is a small village built on a hilly ridge, between valleys of Era and Cecina. It is surrounded by a double row of walls, the Etruscan and the medieval ones.
Volterra is one of the most important centres of Tuscany, both for the presence of monuments that witness ancient civilisations and for the production of famous Tuscan alabaster.
The objects made with it today are among the most typical traditional and precious products of Italian craftsmanship. 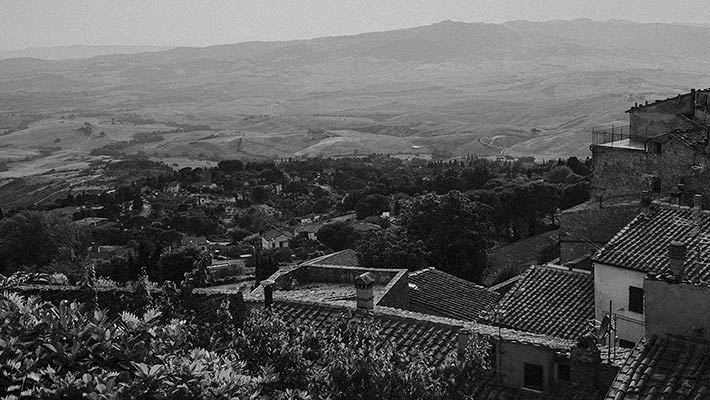 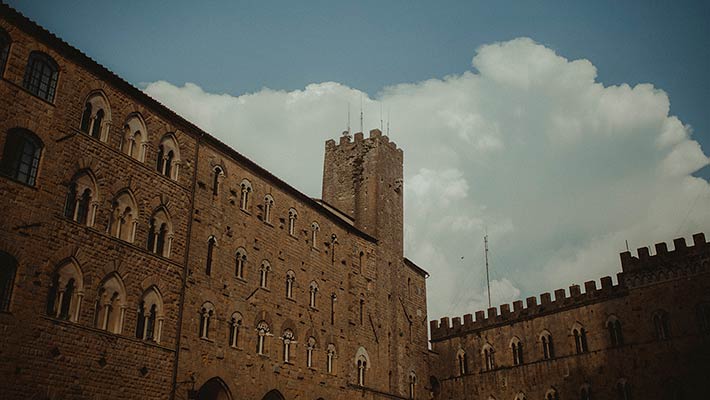 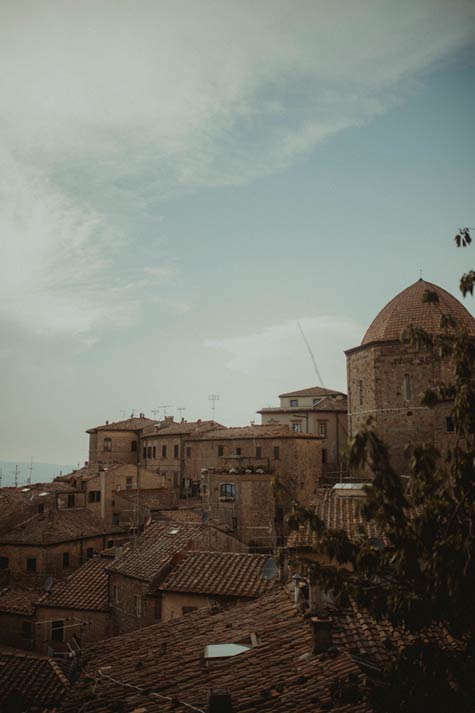 Jodee and Mike booked a nice hotel nearby Volterra. The day of the wedding started with the preparation of the bride followed by skilled wedding photographer Federico Bacci. 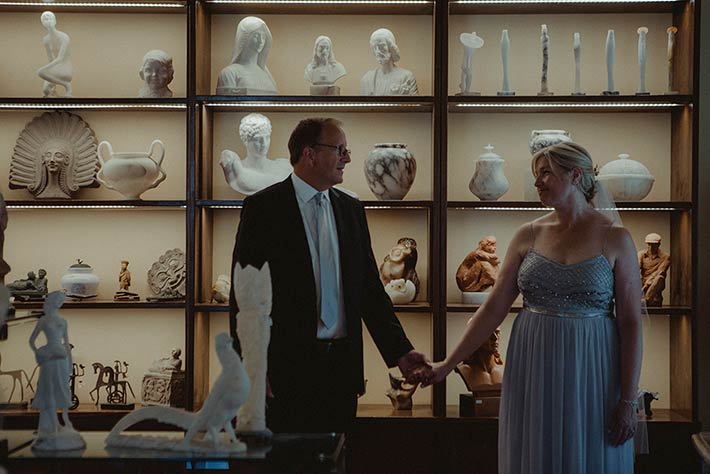 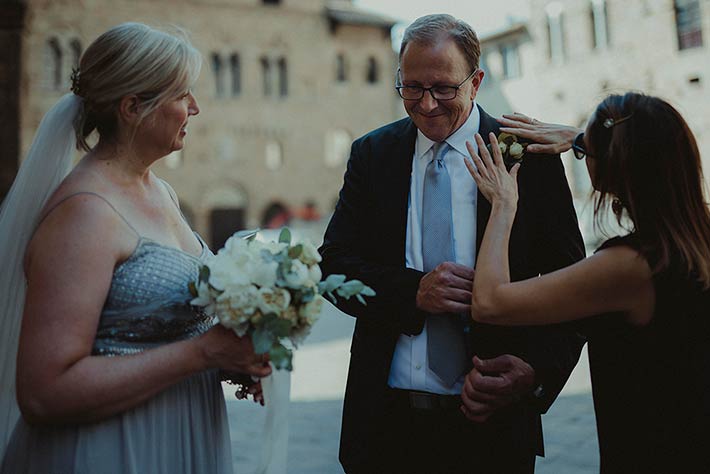 A Civil ceremony in Volterra

Once ready they reached Volterra town hall ready for their romantic elope in Tuscany.
Volterra town hall is located inside Palazzo dei Priori. It rises in the square which bears its name. The building dated back 1208, is the oldest municipal building in Tuscany.
Can you imagine that? It wanted to be, at the time, a demonstration of the supremacy and autonomy of the Municipality.
For this reason it was built right next to the center of episcopal power. As the matter of fact the structure is adjacent to the Cathedral. 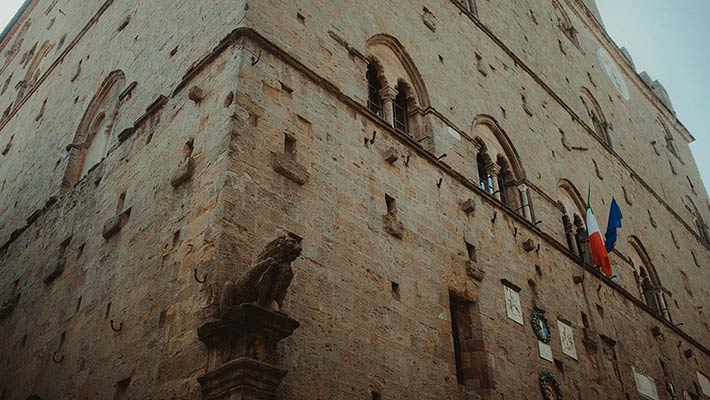 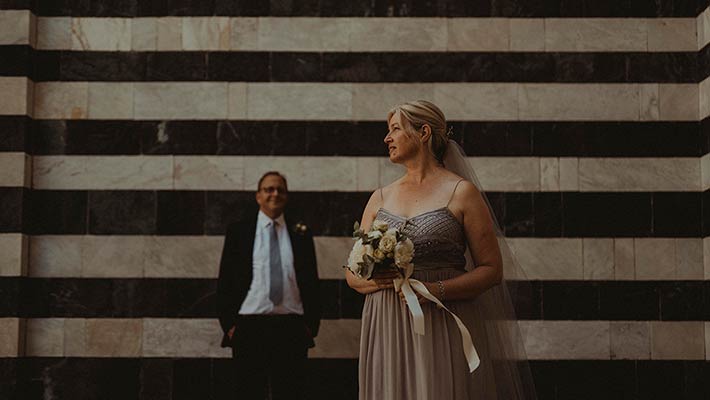 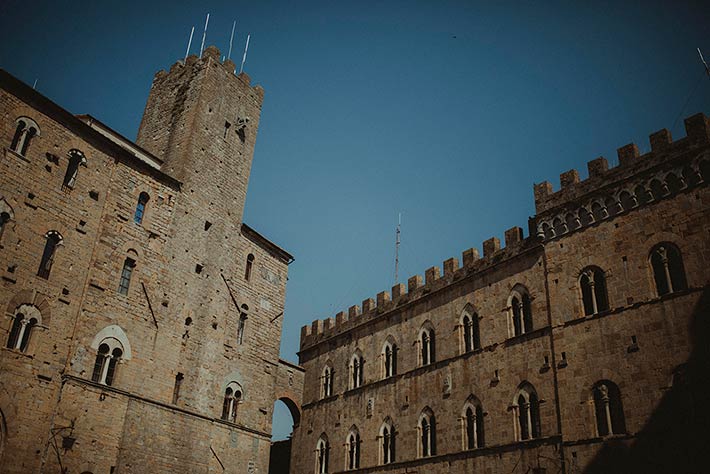 The room for the celebration of civil wedding ceremonies is called Sala del Maggior Consiglio and it can accommodate about 90 people. In this case it hosted a small wedding: a romantic elope in Tuscany.

Once Jodee and Mike arrived inside Sala del Maggior Consiglio, ceremony started. It was held by both the civil registrar officer and a translator.
Jodee was absolutely beautiful with her light grey dress that perfectly matched her peonies bridal bouquet. 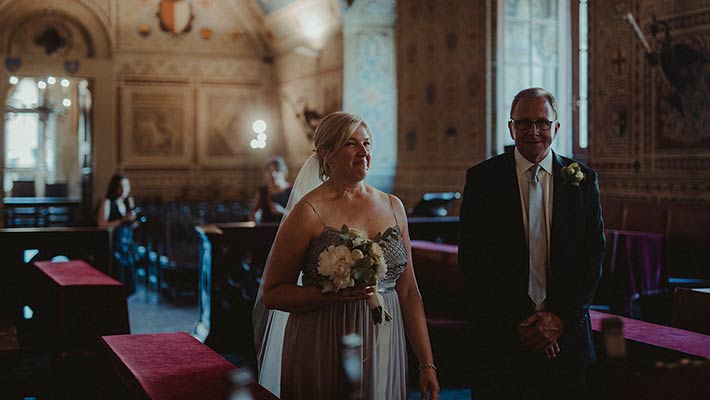 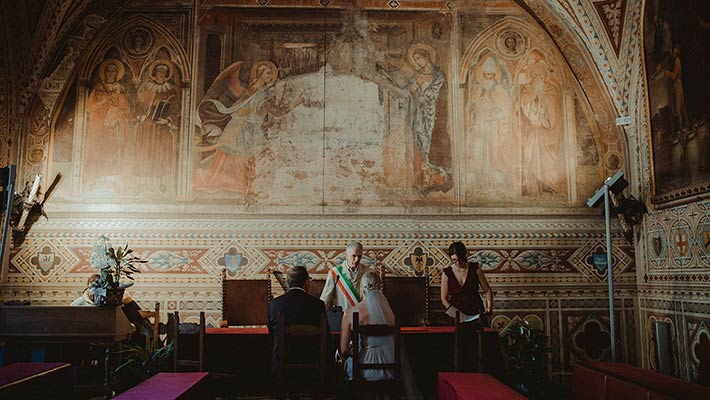 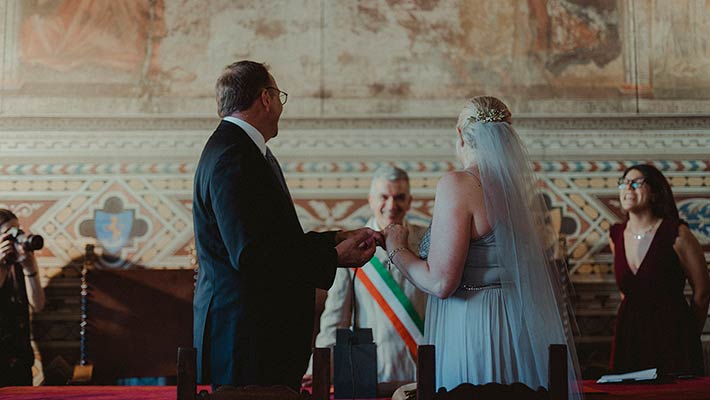 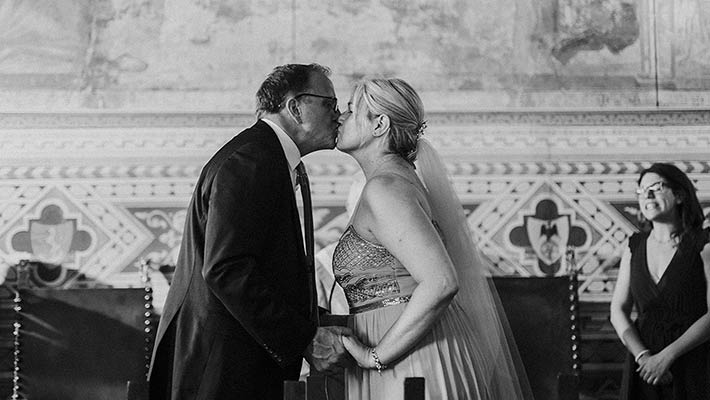 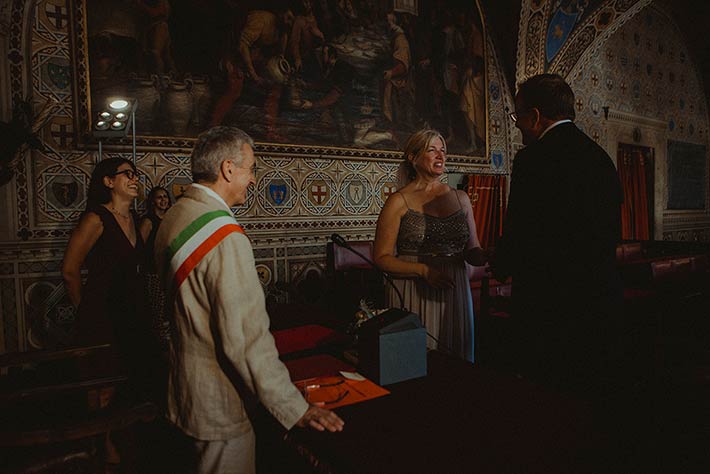 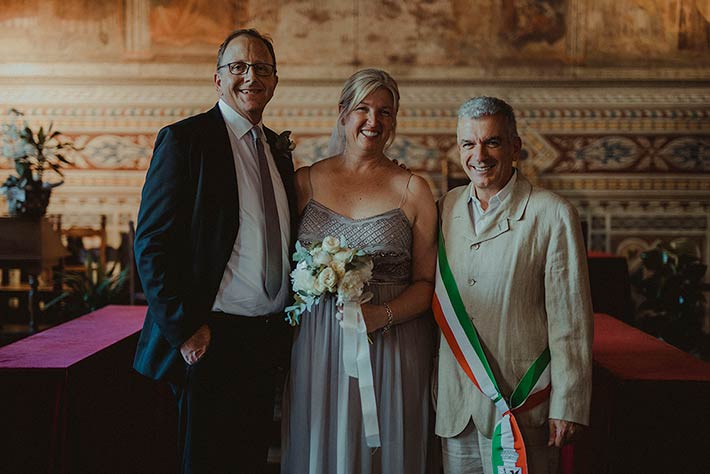 Wedding photos in Volterra – A romantic elope in Tuscany

At the end of the ceremony bride and groom had the change to take some pictures inside the old palace with the walls invaded by medallions and noble coats of arms and richly decorated walls with frescos and paintings. One of them is made by Iacopo di Cione Orcagna. It is dated back to 1383 and it is probably the first of a Florentine school that was made to be in a public building. Its sinopia is exhibited in the Sala della Giunta. 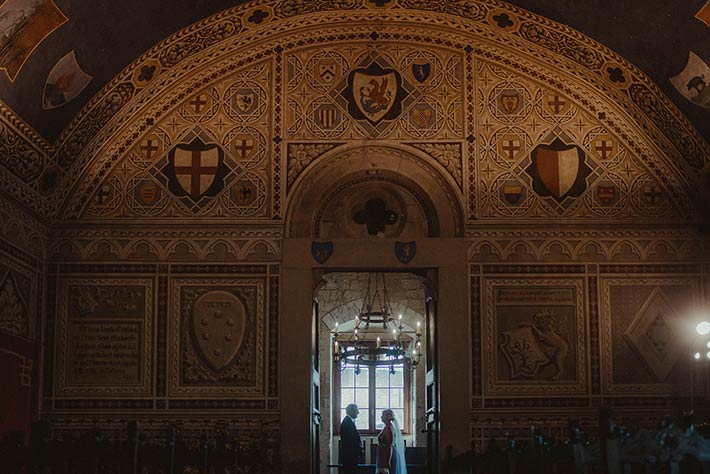 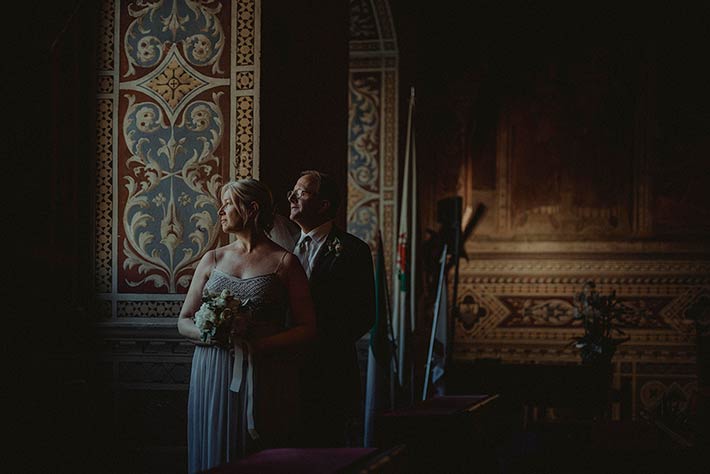 Bride and groom took some pictures in the old streets of the village too. This is a very special a moment that bride and groom cannot skip as Volterra is really an amazing place for a romantic elope in Tuscany. 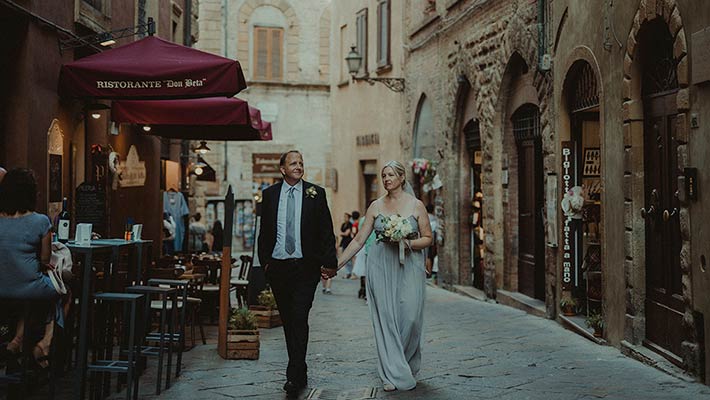 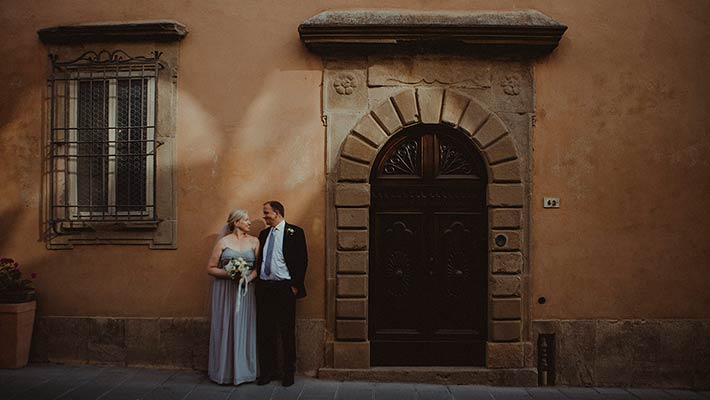 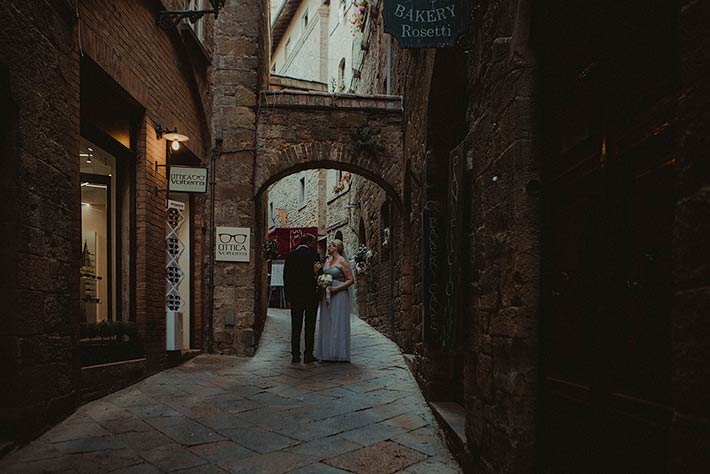 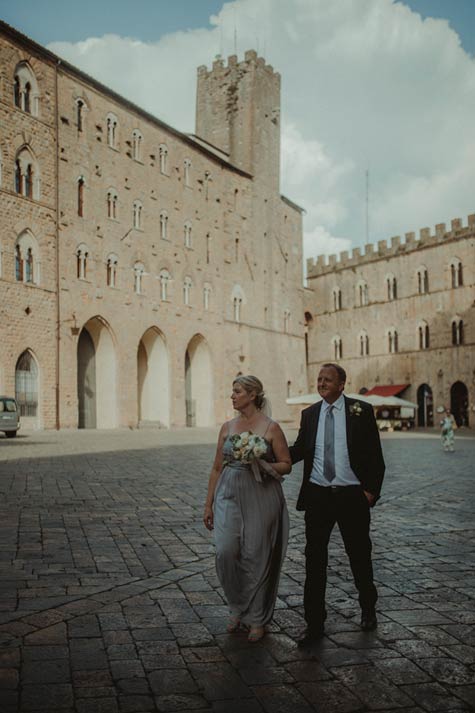 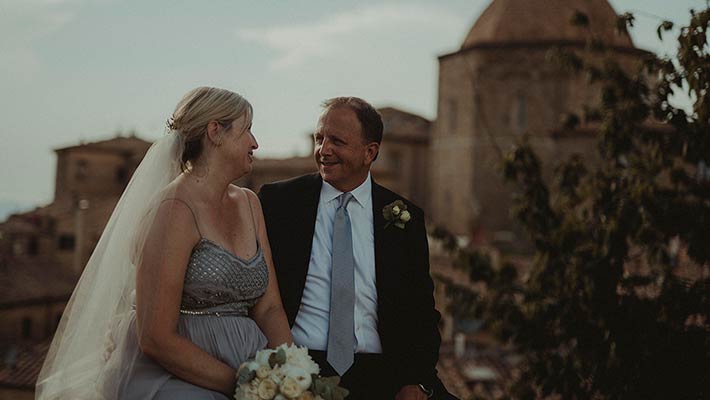 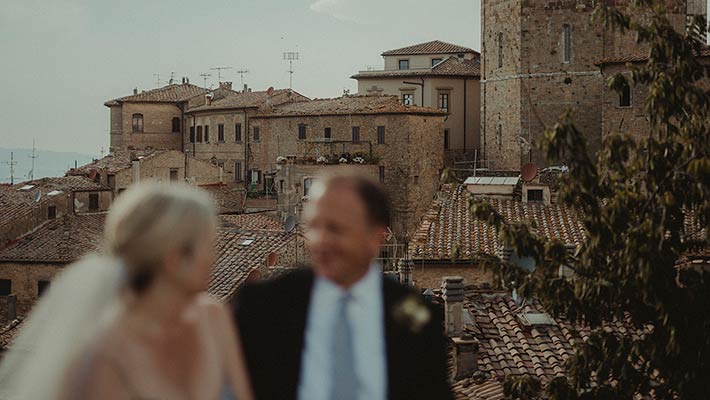 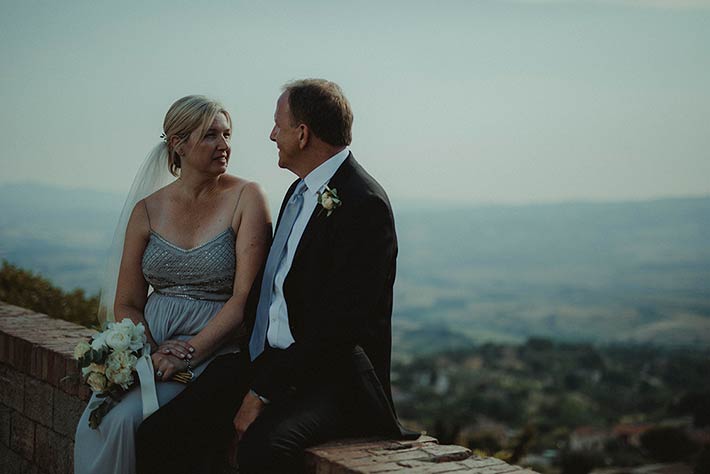 We wish to thank Federico Cutuli from Bacci photographic studio for the beautiful pictures of Jodee and Mike’s wedding in Volterra. 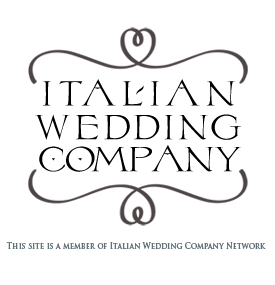 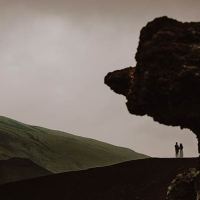 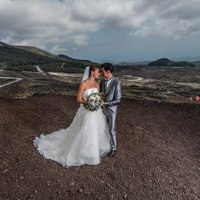 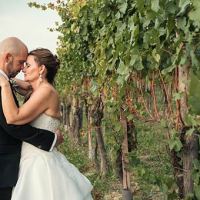 We use cookies to ensure that we give you the best experience on our website. By continuing to browse the site you are agreeing to our use of cookies. Find out more.